Sometimes people have special butterflies and want to raise offspring from two of them.  If the weather or setup isn’t right, they won’t pair and lay fertile eggs.  This can often be remedied by tricking them into thinking it is a warm sunny day.

First, it is important to know which is the male and which is the female.  These photos are of a female and male Monarch butterfly.  The female is on the left and pairs at the area indicated by the arrow.  All Danaus (Monarch, Queen, and other Danaus species) butterflies pair at the opening on the underside of her abdomen, close to the tip. The male has claspers at the end of his abdomen, used to hold the female tightly until fertilization is complete. 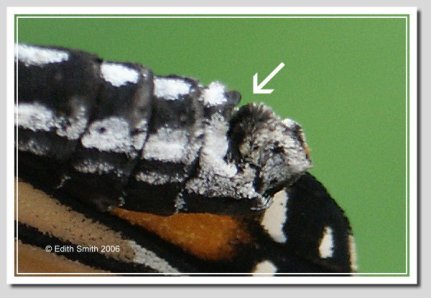 Female Monarch pairs at the area indicated by the arrow

Gulf Fritillary butterflies are somewhat similar, although the females pair at the end of their abdomen.  In the photos below, the female is on the left and the male is on the right. 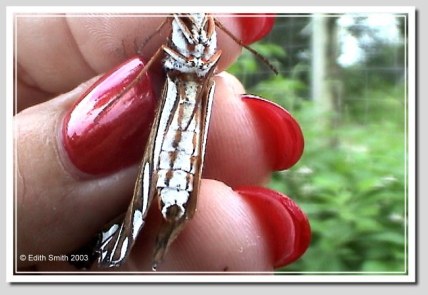 The male should be held in your dominant hand.  I am right-handed and hold the male in my right hand.  Whether they are held upside down or right-side up doesn’t matter.  My personal preference is upside down, but it doesn’t matter to the butterflies.

The female will use her legs to push the male away or control him in another manner.  When holding the butterflies, this goes smoother if an extra finger can be used to keep her legs from touching the male.  If their legs lock together, do NOT pull them apart.  Gently separate their legs.  Butterfly legs are fragile.

Place the males claspers over the female’s opening.  If he is interested, he will curve his abdomen in a manner that gives him a better grip on the female.  If he is not interested, he simply won’t appear interested in pairing.  Rubbing their abdomens together often seems to increase his interest.  It will take him several seconds to lock onto the female. 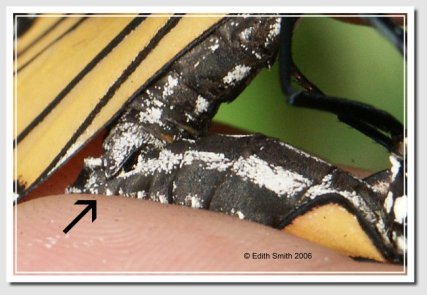 If he has successfully paired with her, he will stay attached for hours.  A successful pairing often take 12 – 18 hours.  Once paired, gently place them in a popup or other container and leave them alone until they separate.  If they have separated within a few hours, try hand pairing them again.

Most other species can be paired in this same manner.  Some species, like Painted Lady, Red Admiral, and American Lady, cannot be paired like this.  Male claspers are not visible.  It is difficult to tell male from female.